Cycling isn’t our job, it’s our way of life.

SOME OF THE BRANDS WE CARRY

Tony’s Bikes & Sports was founded in 1992 by Tony Arnold. In its early years, Tony would service & sell bicycles, skateboards, and snowboards. Together he and his father met the community’s need for a core cycle shop run by cyclists.

He eventually returned to school and, in 1996, sold the shop to Anthony Libretti, both of whom were great friends and veteran cyclists. Tony had worked with Anthony in the shop, showing him how his love for cycling had fueled his life dream.

Anthony Libretti went on to grow the shop, developing their shared vision of being a rider owned & operated shop, sharing their love of cycling and action sports in the area. During his time, he partnered with many non-profits to raise money and while growing the local cycling community. He led several weekly group rides and taught mechanic classes, promoting the healthy benefits of cycling and the cycling lifestyle.

Anthony led the charge for the better part of 10 years before passing the torch to the current owner, Mike Macisco. A long time friend and Tony’s Bikes & Sports team member to both owners. Since 2006, Mike has continued to grow the shop based on the same shared vision, while honoring Tony’s founding principals.

What Our Customers Have to Say

Daniel Cyr
01:14 13 Jun 21
Always knew the shop was there and haven't been in a while due to things in life changing. My daughter needed a bigger... and better bike and they didn't disappoint! Got her a new Liv and the crew had it prepped and ready to roll out the door in minutes. Great crew, very knowledgeable and don't give you a sales pitch to get you into a bike that you really don't need.read more

Timothy Bennett
21:17 12 May 21
Needed to get my son's tire fixed and I needed a new helmet. Alan, was extremely helpful and professional. Will... definitely be back for future biking needs!!read more

Matthew Wright
10:17 11 May 21
Very temporarily fixed. I asked for the free adjustments on my bike and they put new pads on and made me pay 25... dollars. They are only nice to you when you buy the bike.read more

Charles O'Reilly
18:10 13 Apr 21
Very professional operation, well-staffed with knowledgeable technicians. They offer top-of-the-line, quality bikes.... They quickly helped me with a minor issue and then advised me not to put any money into the bike, not worth it. He could have soaked me. Nice to do business with honest people.Covid precautions are followed.read more

Marc Grass
23:36 12 Jan 21
Friendly service amazing staff rite there with an answer for u

TNT t
19:53 31 Dec 20
Tony’s is awesome I’ve bought three bikes in five months.there very knowledgeable on there products down to the specs... in size to the inch which is hard to beat they always make the transaction as easy as possible and are very detailed at explaining the service thatthey can provide.it’s a reason that many travel from the tri state to due Business here I even stop in just to say hi which always results in leaving with something highly Recommendedread more

Zack Griffith
21:19 23 Dec 20
I’ve being going to Tony’s since I was a kid great prices assemble bikes well & have never had any issues

Karl Robinson
13:30 13 Nov 20
Great guys over there. Fixed my daughters Bike and also schooled me on how unsafe Bikes from certain retailers can be.... For that reason I’ll continue to use this shop for all my families biking needs.read more

David Comerford
19:28 27 Aug 20
Great first time at Tony's. Allen was honest and helpful with suggesting bikes for me and my wife.Also, their Covid... prevention practices were reassuring.read more

EL jorge
21:52 30 Jun 20
the guy there seemed nice and knew what he was talking about good bikes but there are a lot of strict regulations... because of covidread more

Alexis Kantor
02:08 28 Jun 20
These guys are really knowledgeable. They’ve helped me with many questions and bike build needs. Kyle and Steve... always goes above and beyond to make sure things are perfect. And I mean perfect.read more

andy cordero
17:38 25 Jun 20
The people at this place were really nice to me and my sister and the prices for fixing my bike were really affordable,... I'm definitely recommending this for my family and friends.read more

Mysterious Marco
03:02 23 Jun 20
It was a good experience and the 30 minute drive was worth it. I bough my blocks flyer and it was money spend well!

crucita HILL
07:59 19 Jun 20
I will say as I believed from the beginning due to hearing amazing feedback on this place but they are greatBuild her... bike and we pick it up todayGreat team as for as communication and working on keeping a graduate very happy went swell Thank you Tony’sread more

Jaiden Kaliszewski
19:19 17 Jun 20
It took 1month and i still didn’t get my bike back i would go somewhere else

Mike Gergely
15:10 16 May 20
Best bike shop in Connecticut, Mike and his staff go above and beyond your expectations. You will not be unsatisfied !

James Macconnie
18:10 11 Apr 20
The guys at Tony’s always have the answers for us. The mechanics are very knowledgeable and get repairs done quickly... and affordable. My son has a bike for every reason, one for skate parks, one for the bmx race track, and one for mountain biking and I trust Tony’s with all of them, Tony’s... they’re. Grrrrrreat!!! 🤘🤘🤘🤘read more

Michael Macisco
18:36 06 Mar 19
Been going there since I was a kid. Always friendly and helpful. Something for everyone.

the misadventures of jordy !
20:43 23 Nov 18
So the deal is if you wanna buy a bike from people that actually care about you and not your money then i recommend... tonys they are all over qualified and will make sure you get the best of the best love these guys hands down only shop ill ever go toread more
Next Reviews

Join Us on Social Media 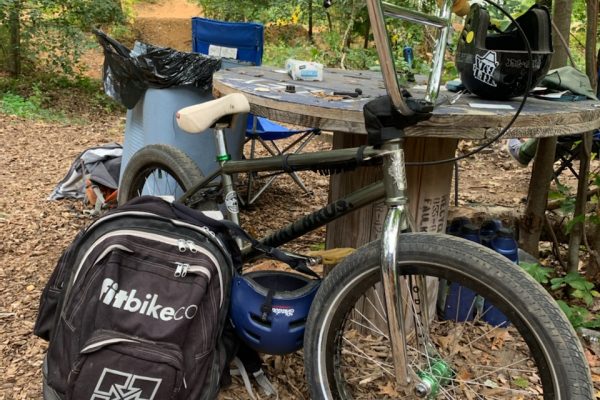 Fall is here & there is no better time to ride your bicycle! By now most are aware of the shortages all bike shops have faced. Although supply is getting better, we aren’t out of the woods yet.   If you are looking for a new bike please call us for availability before you make a… 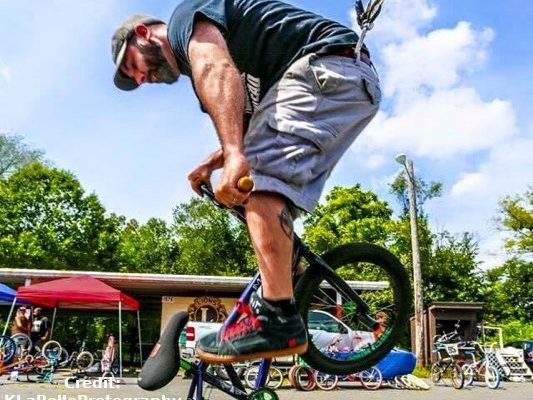 Those of you who are long time customers know how overdue this was.  If you had told me we would be finishing and launching it during this pandemic I would have never believed you, but here we are! We did it. So what can you expect from our blog? Well, first off, thank you everyone for…
View All Blog Posts

Tony’s Staff is Here For You!

We’d love to help you build out your next dream ride.
Our staff is made up of seasoned veterans and cyclists. We are passion-driven and always ready to help you, no matter how small the request – cycling is our lifestyle.

Due to COV19 we are experiencing heavy wait times on the phones and can only allow a few customer in store at a time per state guidelines.

This site uses cookies, by continuing to use the service, you accept our use of cookies Learn more